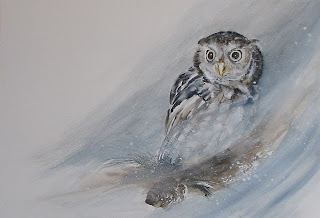 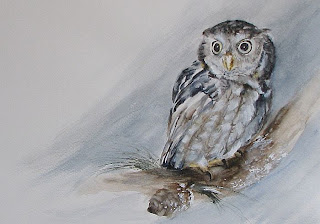 Note: Reference photo for the owl courtesy of Steve Haas
Note 2: Steve has informed me that this owl is also a screech owl in what is called the gray phase. Apparently some screech owls are red, some gray but all the same species.
Posted by Billie Crain at 11:42 AM