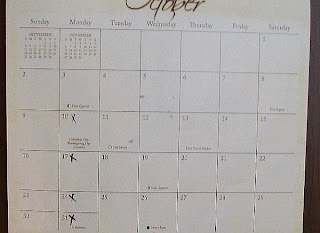 The waiting begins. My ink may be ready to strain by Halloween, possibly the week after. 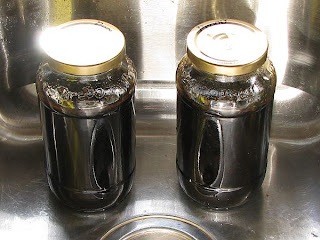 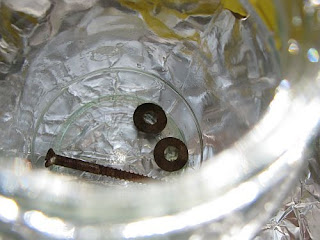 Rusty old screws and washers to produce that iron tannate in the ink. 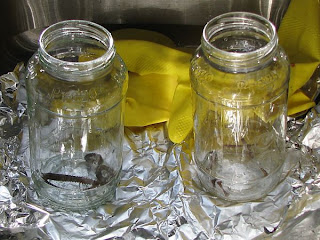 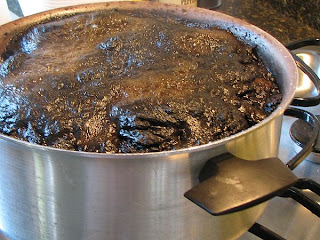 A boiling pot of walnut husks. The aroma is a not unpleasant earthly scent. I'm sure my house will smell of hot walnut husks for days to come.

The task of boiling the walnut husks and pouring the resultant 'soup' into my jars wasn't nearly as messy as I had feared. I did have a small boil over so I cut the heat back and let the husks simmer for 30 minutes..an extra 10 mins. for good measure. I sacrificed an old teflon pot for the cause, also a wooden spoon which came in handy to prevent another boil over. I then used a small coffee cup as a ladle to get my soup from pot to jar. Paper towels are another thing I'd recommend having handy for splashes and spills.

I wanted to understand the part rust plays in the ink making process so I began another online search. Rusted iron combines with the tannins in the husks to produce iron tannate which is black. As walnut ink is a sepia color I understood this to mean it will create more depth of color. I also found more recipes for walnut ink, some producing faster results than the instructions I've posted but requiring more cook time. Some recipes called for an all day(or longer) boil. Some called for skipping the shelling process and boiling the whole nut, husk and all. I'll post links to a few walnut ink making instructions I found interesting:

Looks so interesting--waiting here to see what your results are. Have you tried any of it out yet???

Nope, I haven't tried it out yet. It's still brewin". I'm going to give it the extra week to steep, too. After straining it I plan to let some of the ink sit out and evaporate to it's more concentrated. Hoping for a good deep color.

Don't know how you can wait--I'm afraid I'd be using it all up with trials (grin) It seems like a painfully slow process, but then for most good things you do have to wait. (color me impatient :-) ) Seriously, it does sound like a good idea to allow some to evaporate down a little to intensify the color.

I'm not the patient type either but I don't want to start all over because I jumped the gun. I could boil down the ink rather than wait for evaporation to occur. I'll decide in another week.